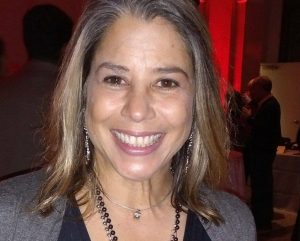 Maria Ceballos-Wallis is a native of San Juan, Puerto Rico. Maria is a Georgia/Florida Certified Spanish Interpreter on staff with the DeKalb County State Court, in Decatur, GA since 2011. She occupied various key positions on the Board of Directors of the Atlanta Association of Interpreters and Translators from 2011-2015 and has worked as multilingual communications specialist since 1990. She is fluent in Spanish, English, and French and able to converse in German.

In addition to being an accomplished television producer, inducted into the Producer’s Guild of America AP Council in 2009, Maria holds a certificate in translation studies from Florida International University and was certified as Spanish/English translator by the National Australian Authority for Translators and Interpreters (NAATI) in 2002. In 2009, she became a Georgia-registered civil and domestic mediator with the Georgia Office of Dispute Resolution. In 2017 she was appointed to the Board of the Georgia Commission on Interpreters as one of the two interpreter representatives.

Maria holds an M.A. in international studies from Florida International University (FIU) and a B.A. in communication arts with a minor in French from Hofstra University in Hempstead, NY.  She has also taught English as a second language at Miami Dade Community College and lectured on mass communications as an adjunct at Florida International University (Spanish/English) and currently teaches online classes with De La Mora Interpreter Training (https://dlm.interpreter-training.com/).