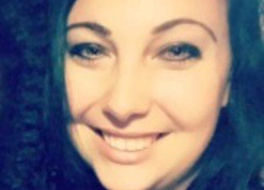 Jamie Knowles has been working in English to Spanish interpretation since the age of 15. She started out accompanying church groups on mission trips to Northern Mexico, assisting in local community outreaches with Serv Ministries, and aiding free English classes for the public. She later ventured to Mexico City, and stayed for six months learning more about the language, culture, and customs. Upon return, she spent a brief period as a freelance Spanish translator for a district attorney. Jamie has worked in many fields including medical and legal acting as the voice for Spanish speakers with limited English proficiency, and in the past has taken assignments for LATN Language Solutions for community interpreting. Becoming fluent in another language and spending time in a foreign country opened up a new world for Jamie, and she became immensely curious of other cultures and customs.

Jamie attended Cherokee High School, and in her sophomore year was initiated into the Spanish Honor’s Society. She is currently working on her Business Administration degree with a focus on International Business through Strayer University, and plans on eventually transferring to Penn State. She studied Spanish Legal Interpretation through the University of Georgia’s continuing education program in 2009. Jamie has been a member of the Atlanta Association of Interpreters and Translators (AAIT) since the year 2012, and previously mentioned LATN Language Solutions since 2014.

Currently, Jamie is studying to become certified in Legal and Medical interpreting and translation, and to very soon become a member of the American Translators Association. She plans on becoming more involved with her current organization, AAIT, toward the end of this year, and will soon begin collaboration with a local Hispanic Community Activist for future outreaches. In the very near future Jamie aspires to be a linguist for federal law enforcement.