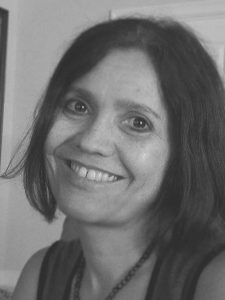 Eva de Vallescar is a Health Communication Specialist with CDC’s Office for State, Tribal, Local and Territorial Support (OSTLTS). She started her career at CDC as a contractor with Multilingual Services in 2006, translating websites and other CDC materials into Spanish.

During the past two years, she served as Spanish content lead for the 2016 Zika virus and the 2017 Hurricane Maria responses for Puerto Rico. In 2014, she was deployed to West Africa (Guinea) to assist in the Ebola virus disease response as part of the Health Promotion Team.

Previously, Eva worked as a writer/producer with CNN Spanish for 11 years. She also served as the editor of the Atlanta based Spanish weekly Mundo Hispánico.

Eva received a degree in Communications from the Universidad Iberoamericana (Mexico City) and a Master’s degree in Medical and Public Health Translation from Universidad Jaume I (Valencia, Spain). She is a certified translator (English to Spanish) and has worked pro bono with a number of Hispanic initiatives, including Emory’s South GA Farmworker Health Project. Eva has made several presentations for translators at conferences organized by ATA, AAIT and MICATA.