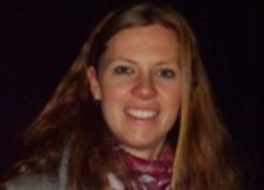 Carola Lehmacher-Richez grew up in Buenos Aires, Argentina, speaking German and Spanish. She was educated in a multicultural environment, learning English as a young child. Carola graduated from the University of Buenos Aires in Translation Studies in 2008 and became a sworn translator in Spanish, German, and English through the Association of Sworn Translators of the City of Buenos Aires and the Association of Sworn Translators and Interpreters of the Province of Buenos Aires. As a multilingual freelance translator and interpreter with over 10 years of experience, she has gained wide-ranging business insight working with the government and industries at an executive and operational level. In 2013 and 2014, Carola taught Interpretation I and II, and a translation workshop at the University of Buenos Aires as part of the official curriculum for her translation studies. After moving to Atlanta in 2015, she became a Spanish-English Certified Georgia State Court Interpreter.